In a little over a week, I’ll be giving a presentation with illustrator Judy Newhouse, based on her illustration work and new book, The Beginning Illustrator’s Guide to Career Success (Tragus Media, 2017).

Judy will show some of her work, followed by an informal discussion between her and I.  She’ll share her career strategies and I’ll share my viewpoint as an art buyer for a global publisher and what makes Judy a “go to” illustrator for assignments.

This event is hosted by Montgomery County Community College and is free and open to the public.

Getting to know and understand NOTAN, a Japanese term that translates to light/dark harmony in the work, will help you add another dimension to your compositions.

One of my favorite painters, Jeremy Lipking uses Notan to reinforce the effect of this painting: 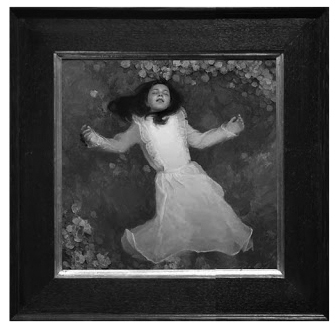 Images and palette information via oilcolorpalettes.blogspot.com

In this example above, Notan (contrast of light and dark) works subtly to help draw our eye to the focal point and then dances us around the space by the way of the light trim on the girls dress.

I spoke with illustrator Bot Roda about how he got his start in illustration, how he keeps his name out there and the best way for a designer to work with an illustrator.

Bot Roda’s love of drawing and illustration comes through in his work, and work has been coming through for him for 30 years.  He built his confidence in Lancaster, PA at a local agency, and then following advice from his father, he realized “they’re not going to find me here [in Lancaster County, PA]…I’ll have to go there [New York].”  Standing on a New York city street he called the Art Director at Field & Stream who told Roda to come up, he had 10 minutes for him. From there Roda began doing spot illustrations and then got the cover for Field & Stream.

Bot then made the move to artist reps in New York and PA.  This led to new relationships and new clients, some of whom have worked with him for years. Bot continues to market himself regularly.  For his latest marketing effort, he researched ad agencies, ad clubs and agency websites and culled 100 email addresses of key contacts or general mailboxes of his target market.  He sent a 10 page pdf of his illustration samples and plans to follow-up.

Bot credits his success to flexibility and his love of drawing and his work looks effortless, that is part of its appeal! It can be difficult to make it in the illustration field, but you can take these tips from Bot: Love what you do, build your confidence and market yourself.

Leave a comment about how you built your illustration career or ask a question.